Housing LIN > Blogs > Want us to move out of our family homes? Provide us with somewhere exciting to live

Written by Lynne Chalk, a resident of The ExtraCare Charitable Trust's Longbridge Village where she lives with her husband Graham. Here she discusses the importance of providing housing for older people in light of the Government's recent housing white paper.

‘Moving out of a home you’ve lived in for 31 years is a big thing to do. My husband Graham and I didn’t think we’d ever move out of our lovely two-bed detached property in Longbridge, Birmingham. We never imagined we’d move into a flat, either. But in July last year, that’s exactly what we did.

We sold the home we had been so happy in to a nice young couple and moved to a retirement village less than a mile away. 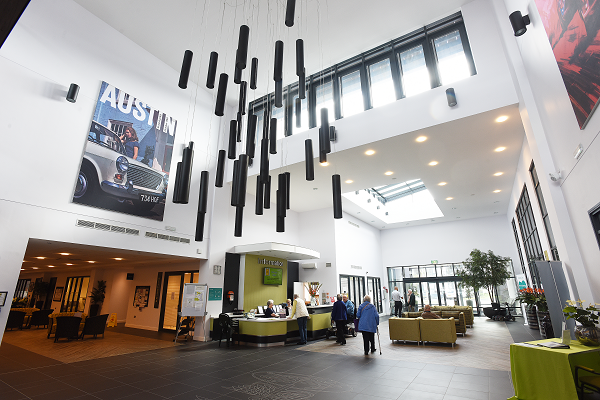 Just as we were going through all of the preparations involved in uprooting our lives, the government released its ‘Fixing our broken housing market’ (opens new window) white paper, which set out its plans to reform the housing market and boost the supply of new homes in England. Among many other things, it addressed the need to enable older people like us to “move at the right time and in the right way”, in order to improve their quality of life, at the same time as “freeing up more homes for other buyers”.

It hit the nail on the head when it said that people like us have “a strong emotional attachment to their home”.

“There are many barriers to people moving out of family homes that they may have lived in for decades. There are costs, such as fees, and the moving process can be difficult,” it stated. “There is also often a desire to be close to friends and family, so the issues are not straightforward.”

Moving out of our old home was emotional and certainly not straightforward. During the first couple of weeks after we moved, I didn’t know how to feel. There are the solicitors fees, removal fees and we had to put our things in storage.

Luckily for us, moving turned out to be the best thing we could have done. We’ve been in our new shared ownership apartment in the ExtraCare Charitable Trust’s Longbridge Retirement Village for months now, and it’s been an exciting new beginning.

The government’s white paper rightly stated the homes older people are moving to need to be “very attractive to them and suitable for their needs over a twenty to thirty-year period”.

We know that either Graham or I have to go first, and it’s important that the one who is left has got friends around them. Everybody in our retirement village is so nice and there’s also always so much to do. I’m in the choir, and I go to the Christian Fellowship on a Sunday, there’s also a “knit and natter”. We play bowls and snooker, and there’s entertainment including bingo, line dancing, ballroom dancing, tai chi and yoga.

Graham has Parkinson’s disease. I look after him, but there’s care and support here if you want it. Some residents use wheelchairs – you just don’t know what you’re going to need in future. 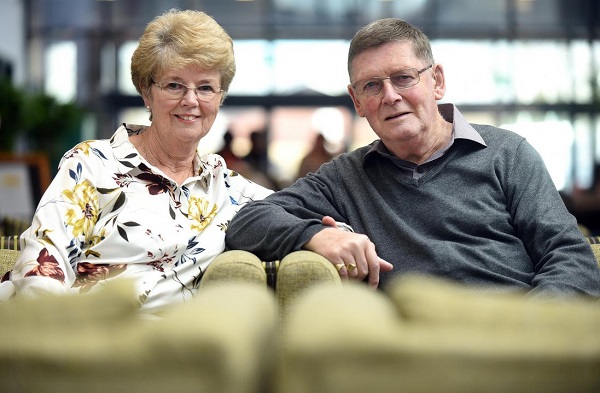 Graham’s 74 and I’m 72, and we’re both outgoing people. It was the social life we’d have here, along with the fact the shops are so close and the transport links being so convenient, that helped us to make our decision to move in.

The most important thing, though, was our new home is close to our family – our children, grandchildren and great grandchildren, live within two miles. The icing on the cake was when Graham’s sister – who is my friend from school – and her husband decided to move in too.

I understand the government is now working on a housing green paper that will firm up its ideas. I recommend ministers come and talk to older people who have taken the leap and moved into a place like this.

Across ExtraCare’s five villages in Birmingham, the charity has freed up 750 three and four-bedroom family homes. There needs to be more developments like these, where there’s life. We can enjoy our later life without worrying, and it takes the pressure off our daughters.

Of course, there are times when I miss our old place – I miss our great grandchildren playing in the garden – but the regret only lasts a minute. We love it here and we wouldn’t go back.”

"Luckily for us, moving turned out to be the best thing we could have done"

If you found this of interest:

This is a great, fundamental point that is far too often overlooked! Why should people move from their homes into some soul less, institutional care facility?!