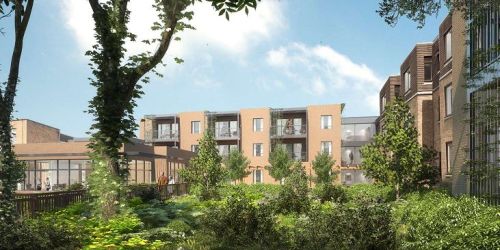 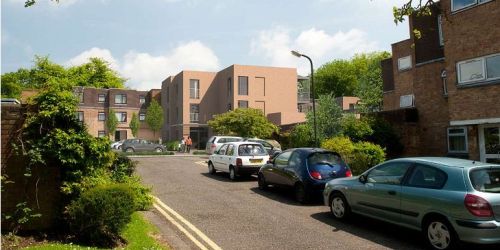 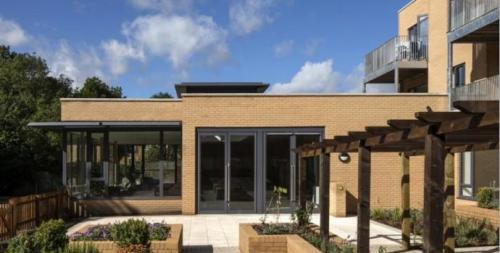 The new scheme extends an existing sheltered scheme for older people. It comprises two new blocks adjoining the existing scheme, one of reinforced concrete frame construction and the other of timber frame construction. It is heated by a communal heating system from a central boiler room.

The flats have achieved a level 4 Code for Sustainable Homes rating and are built to life time homes and there are two new wheelchair flats. The external appearance has been carefully designed in traditional brick to complement and enhance the existing building. The existing woodland site has been improved by careful thinning and the introduction of various features to increase biodiversity and landscaped to a high standard.

Elizabeth Gardens is situated in Stanmore, a suburban residential district of northwest London in the London Borough of Harrow. The surroundings consist of 1950s buildings although the scheme itself is located in a landscaped, wooded site.

The scheme is within 10 minutes of Stanmore High Street and a short bus ride away from Stanmore Tube.

The London Borough of Harrow are currently up-dating their housing strategy for older people.

After the Local Authority HCHA are the largest independent provider of housing for older people in Harrow.

The scheme will cater primarily, although not exclusively, for older people over the age of 55 years with various levels of physical and mental disability.

The scheme offers 100% nominations to Harrow Council on first lettings (75% after first lettings) to provide much needed rented accommodation for older people over 55 years old with varying housing needs. The site is adjacent to a Roman Catholic church and there has been close co-operation between the Diocese and HCHA to rationalise the site and enable the development to go ahead. This will lead to closer links in the future between the church and other churches in the area. 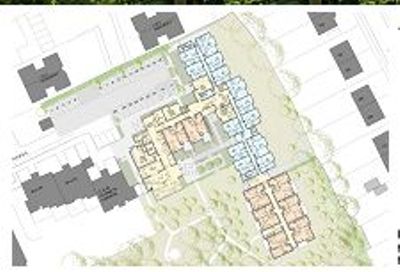