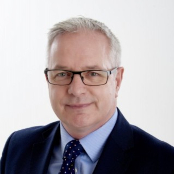 The position, which is held for one year, heads up the charity’s board of trustees, which in turn represents current and former directors of adult social services, and other senior staff across England.

Stephen has also been the Association of Directors of Social Services (ADASS) national policy lead for mental health since 2014, and vice president.

Stephen joined Oxfordshire County Council in September 2019. Having started his career as a mental health nurse, he worked for the first half of his career in several NHS roles including board level positions.

Following a period as a joint commissioner, he has spent the past 16 years within local government in several assistant director and director of adult services positions.

Stephen is recognised for his work developing innovative models of adult social care with a focus on earlier invention, partnership and market inclusiveness. He has a passion for co-production, improving quality and has been leading the introduction of #doityourway a model of ‘Promoting Independence’. Sometimes described as radical sometimes traditional he has an absolute focus on leadership with a specific emphasis on the roles that professional leadership plays and the impact this has on everything we do.

Stephen is passionate about making a difference to the lives of citizens, and supporting people to achieve their potential