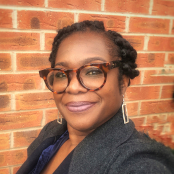 Jackie Marshall-Cyrus is Director of Jackie Marshall-Cyrus & Associates Ltd, an Independent Consultancy specialising in Independent Living design and age-related healthcare innovation. Jackie is a Fellow of the Royal Society of Arts and has earned herself the reputation of being one of the leading visionaries, thinkers, and inspirational leaders in the age-related landscape.

Formerly the Lead Specialist on Innovate UK’s Assisted Living Platform between 2008-2016, Jackie led several high-profile innovation business challenges nationally and in collaboration with other European countries. She developed Innovate UK’s first academic focused competition ‘Social and Behavioural Studies’ in 2009. She designed and led the organisation’s first ever collaboration (£2m) with the Design Council ‘Independence Matters: Design & Technology Improving Quality of Life’ in 2010. Jackie was one of the chief architects of Delivering Assisted Living Lifestyles at Scale (DALLAS) (£37.3m) in 2012; the largest assisted living demonstrator project in the world. Jackie’s renown is inextricably linked to The LongTerm Care Revolution SBRI National Challenge (£8m), which she designed and delivered between 2013 and 2016.

Jackie focuses on working with people who are committed to solving the real problems and challenges in making lifestyles in late adulthood something we can all be truly excited about. She is a Registered Nurse specialising in the care of older adults and maintains her clinical practice to the present day. Jackie remains an unrelenting advocate for human-centric reality-based approaches to innovation and system change, a nursing heretic, and an unapologetic challenger of the status quo.